The Civic Hall Fellowship will cover full registration costs to the conference for ten innovators in the fields of creative, social, or political tech. Apply now! 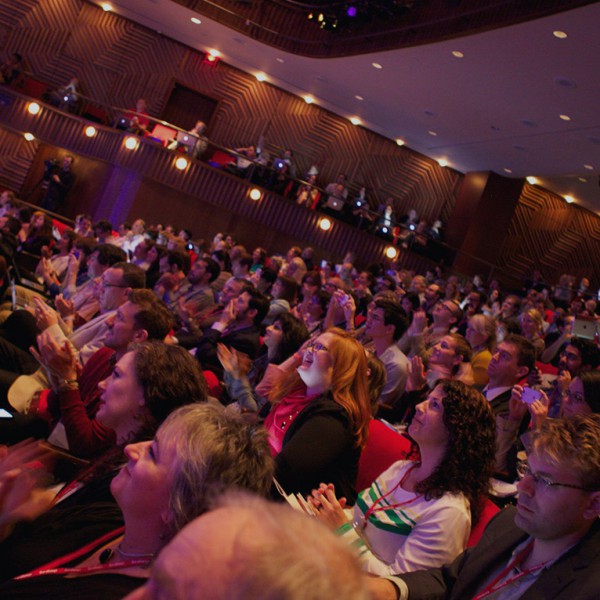 With Personal Democracy Forum 2015 just four weeks from now, we’re excited to share some updates on the conference program, a slew of new speakers, and the launch of the Civic Hall PDF Fellowship Program, which is now taking applications.

The big theme for PDF 2015 is “Imagine All the People: The Future of Civic Tech,” and we have an amazing array of speakers addressing that subject from a variety of angles. The main hall schedule is posted here.

On day one, June 4, the morning plenary talks will focus first on how to best engage citizens and governments in meaningful ways. Then we’ll look at the relationship between tech, civic engagement, equality and empowerment, covering everything from new efforts to uplift workers to the civil rights and police reform movement to the net neutrality victory. And then, before lunch, we’ll pivot to consider how tech can help design a more civil and nurturing society. After lunch and two rounds of breakout sessions, we’ll reconvene at the end of the day for a series of provocative talks about the future, and what we should (or shouldn’t) be worried about as big data and the Internet of Things further permeate our lives.

On day two, June 5, the morning plenary will focus again on the core work of civic tech, starting with a set of talks addressing several promising efforts to make our representative democracies work better. Then, after the morning coffee break, our speakers will focus on what it means to “build with, not for” and how to best listen to and serve our communities. After that, as we head into lunch, we’ll hear from several champions of real change. Following the lunch break and two more rounds of breakouts, we’ll return to the main hall for one more round of plenary keynotes, this time focused on the future of civic tech.

Last but not least, we are pleased to announce the Civic Hall 2015 PDF Fellowship program, which will cover full registration costs to the conference for ten innovators in the fields of creative, social, or political tech. To apply, fill out this brief survey. Applications are due by midnight May 17; all applicants will be notified on May 20.