In Brazil, Championing the US Digital Services Playbook

A civic tech start-up in Brazil has translated the U.S. Digital Services Playbook into Portuguese and wants to distribute it to elected representatives and government agencies.

CATHERINE BRACY ON WHY PUBLIC ENGAGEMENT IS BROKEN

“I’m hoping to challenge the audience to think critically about our role as advocates for digital democracy. Are we focused on the right problems? Where are our blind spots?” 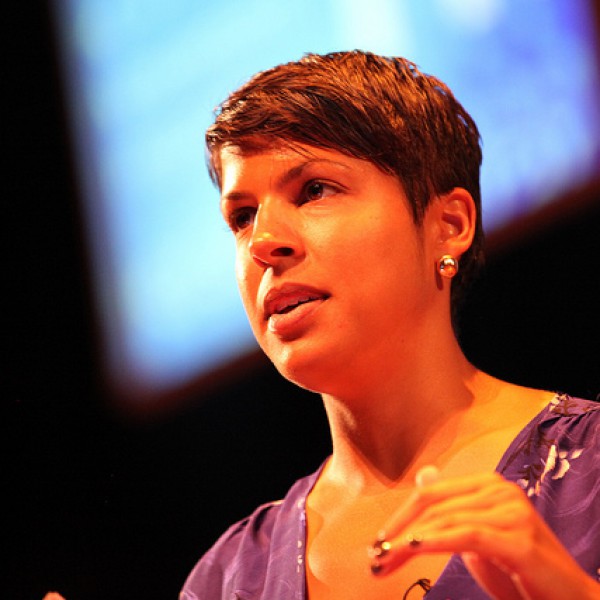 Personal Democracy Forum is in less than two weeks, and we’re reaching out to some of the speakers for a quick preview of their respective talks and panels. What follows are a few words from Catherine Bracy, Code for America’s Director of Community Organizing, who will deliver a talk entitled “Public Engagement Is Broken. Are You Part of the Problem?”

So, for people who aren’t familiar with your work, how does it relate to civic tech?

Code for America’s mission is to build government that works for the people, by the people in the 21st century. We do that by collaborating with government on improving service delivery—in the health, safety and justice, and economic development areas—through technology. We also focus on improving the public’s relationship with government by creating innovative spaces and channels (sometimes digital) where government and residents can meet.

I understand you’ll be speaking at the conference about how public engagement is broken. Is this public engagement with government or with communities or something else entirely? You will also address how someone can tell if they are part of the problem; are people in the audience going to be squirming when you get there?

I’m speaking specifically about the public’s engagement with government. I’m certainly hoping to challenge the audience to think critically about our role as advocates for digital democracy. Are we focused on the right problems? Where are our blind spots? Why haven’t we been able to significantly move the needle on the public’s sense of trust in government? But, I’m also really hopeful and plan to share some bright spots I’m seeing.

The theme of the conference this year is the future of civic tech. As briefly as you like: Where do you think civic tech is going, what do we have to look forward to, and what pitfalls should people working in this sector be aware of?

I think we’re at a point in the civic (gov) tech movement where we can move from building apps to show what’s possible to really thinking strategically about how we can implement technology to make structural change inside government. We are beginning to measure our success not just by how many users a particular app gets, but by how much impact a tool has on a social outcome, or by the kinds of process and policy changes that happen within institutions as a result of building a tool. In terms of what to watch out for, I think we’re going to need to pay a lot of attention to privacy as we help governments open more data. But generally, there are lots of pitfalls whenever you try to change the status quo. As someone, can’t remember who, said, “the first ones through the wall are always the bloodiest.” But the friction is part of the process. It’s how we know we’re getting stuff done. And we’re extremely excited about what’s next.

What Works Cities will provide technical assistance and expertise to 100 mid-sized cities to help them develop solutions for their biggest challenges through their use of data and evidence.

This interview originally appeared on the Brookings Institution’s TechTank blog.

Cities are gaining momentum as incubators for innovation. There is much excitement about the idea of cities as “laboratories of democracy.” As a result, cities can learn best practices from one another. Sharing this information can build a strong foundation to amplify and encourage experimentation.

Recognizing the power of shared learning, Bloomberg Philanthropies, in partnership with The Behavioral Insights Team, Harvard Kennedy School, Johns Hopkins, Results for America, and the Sunlight Foundation, have recently launched an exciting initiative. What Works Cities is pledging $42 million to target 100 mid-sized cities, with populations between 100 thousand and 1 million, to help these localities develop solutions for their biggest challenges using evidence-based data.

I recently talked with Michele Jolin, CEO and co-founder of Results for America, who’s also the campaign manager for Bloomberg Philanthropies What Works Cities effort. We discussed the opportunities and potential for this initiative:

What was the impetus for this initiative?

From many of Bloomberg Philanthropies’ Government Innovation initiatives, they learned that city leaders are hungry to do more and do better with data and evidence, but they often struggle to access the relevant tools, knowledge and expertise required for implementation. America’s mid-sized cities (100,000-1,000,000 citizens) typically have little support to help them enhance how they use data and evidence, but they are eager to learn from experts and from one another about how to be more efficient and effective. What Works Cities was created to respond to this need and to improve the ability of mayors and local leaders to deliver results for citizens.

How will the cities be chosen?

We are looking to partner with cities that represent a cross-section of the country, reflecting diverse geographies, demographics, and politics. We also hope to work with cities in various stages of implementing What Works strategies. Most importantly, we are looking to work with mayors and local leaders who are truly committed to enhancing how they can use data and evidence to make their government more effective, improve people’s lives and engage the public.

How can this approach ameliorate some of the current challenges of employing innovation?

There’s already a tremendous amount of forward motion in America’s cities to open up their data, use evidence to ensure services are continuously improving and facilitate innovation, while also enhancing government’s transparency and accountability to the public. This initiative was designed to put additional wind behind mayors’ backs and to define a new level of achievement for American city government. What Works Cities will demonstrate that when city governments across America use data and evidence to drive decisions and engage with citizens, they will achieve more for all their residents.

How do you envision training people who may be less familiar with technology?

Not surprisingly, the level of technological sophistication varies among city governments across the country. Where cities want to advance their knowledge and practice using technology, we will make available significant technological expertise from our partners. The Sunlight Foundation, for example, has extensive knowledge and experience in expanding open data policies to governments at all levels. And the Center for Government Excellence at Johns Hopkins University has some of the leading minds in open data portals and performance management systems and is ready to work with cities interested in putting in place new systems or improving what they currently have in place. Cities have been partnering with their residents to use data to improve the delivery of services for themselves and their neighbors, and What Works Cities is there to help cities advance their practices and know-how, capitalizing on existing momentum

At the end of three years, we hope to have accelerated the effective use of data and evidence in at least 100 cities, and supported Mayors in their efforts to get better results for all citizens. We also will point to examples of What Works strategies in cities all across the country, so that every Mayor will have examples and models that can be used for how to successfully use data and evidence to improve the lives of residents.

How can cities apply to be a What Works City?

Cities can find more information and apply for What Works Cities on our website. The first What Works Cities will be selected in mid-June based on applications received by June 1. However, cities will have multiple opportunities to apply over the course of the three-year initiative.